The MODCOMP II was introduced in 1972 according the MODCOMP reference manual. The last reissue of the manual was in 1976. MODCOMP is short for "Modular Computer". MODCOMPs were often used in real time laboratory and manufacturing applications. They were considered highly reliable systems. This system and a second MODCOMP system are now located at the Computer Museum of America (CMoA).

The MODCOMP II/12 below was "rescued" January 12, 2007 from a major scientific laboratory where it had been marked as "Salvage". A good friend of mine from the lab told me about it - and went throught the process of having it "salvaged" to me. I spent about a day cleaning up the CPU chassis. As you can see below, I have not yet begun cleaning up the I/O chassis. 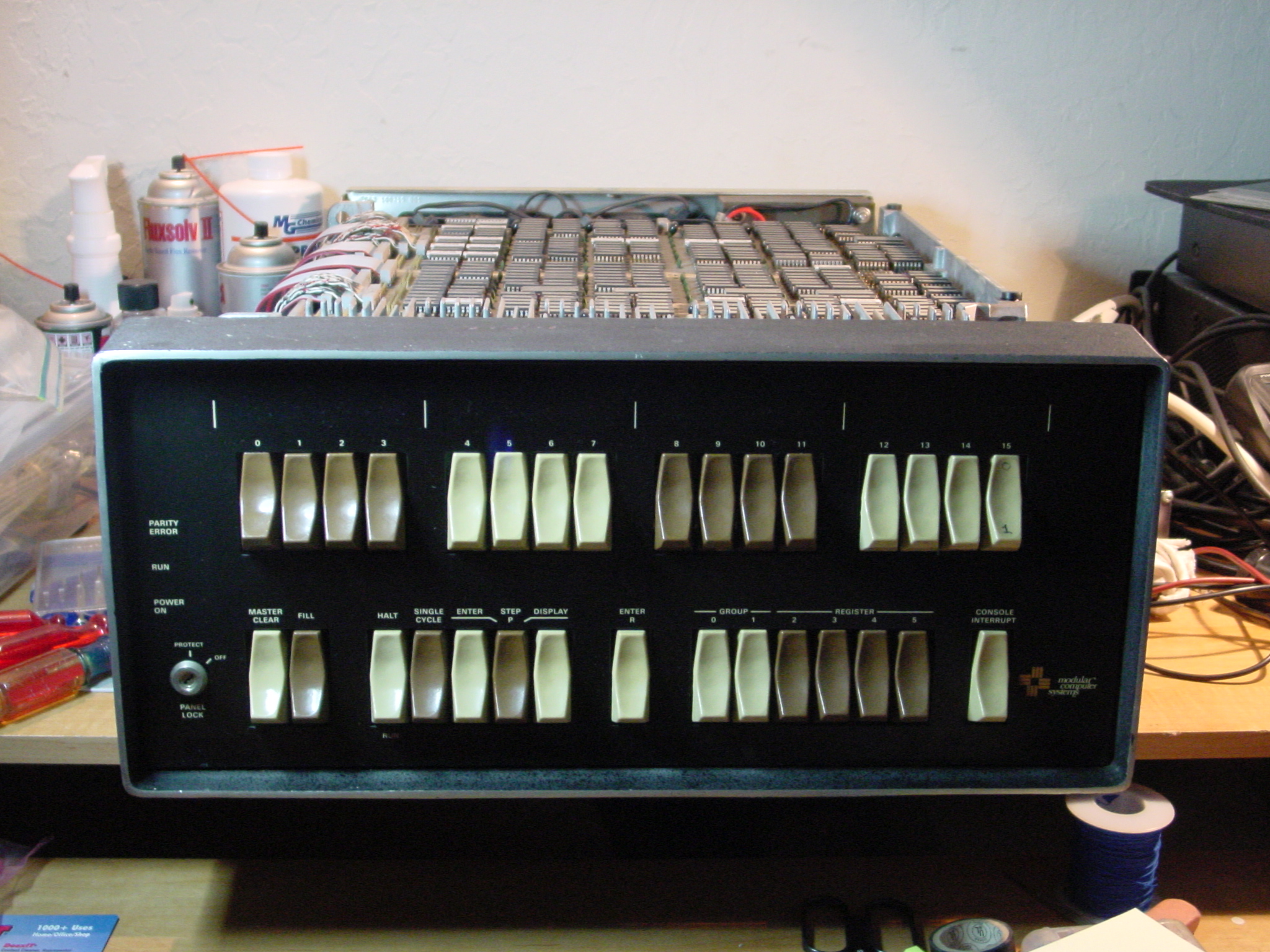 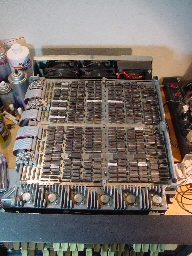 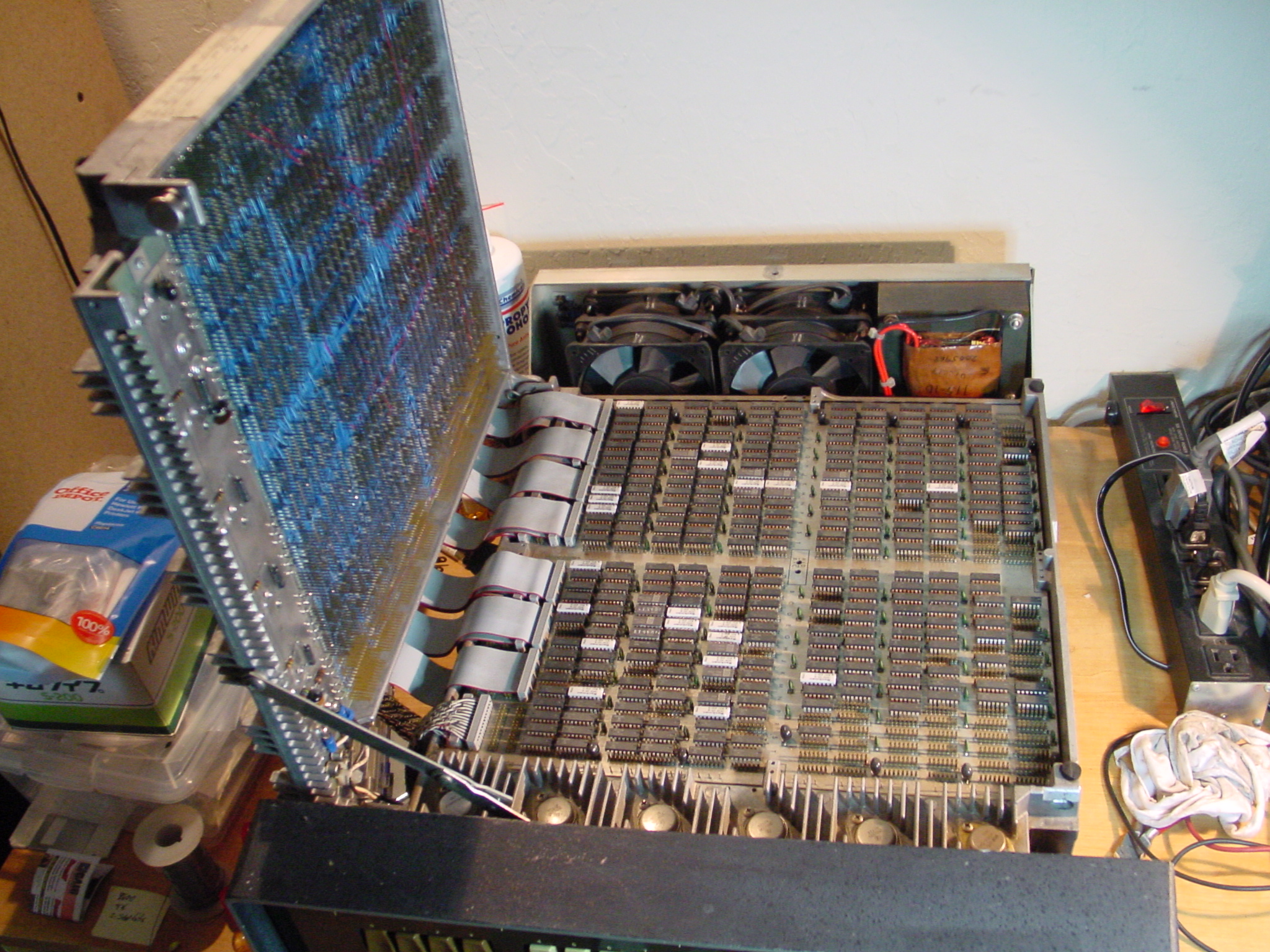 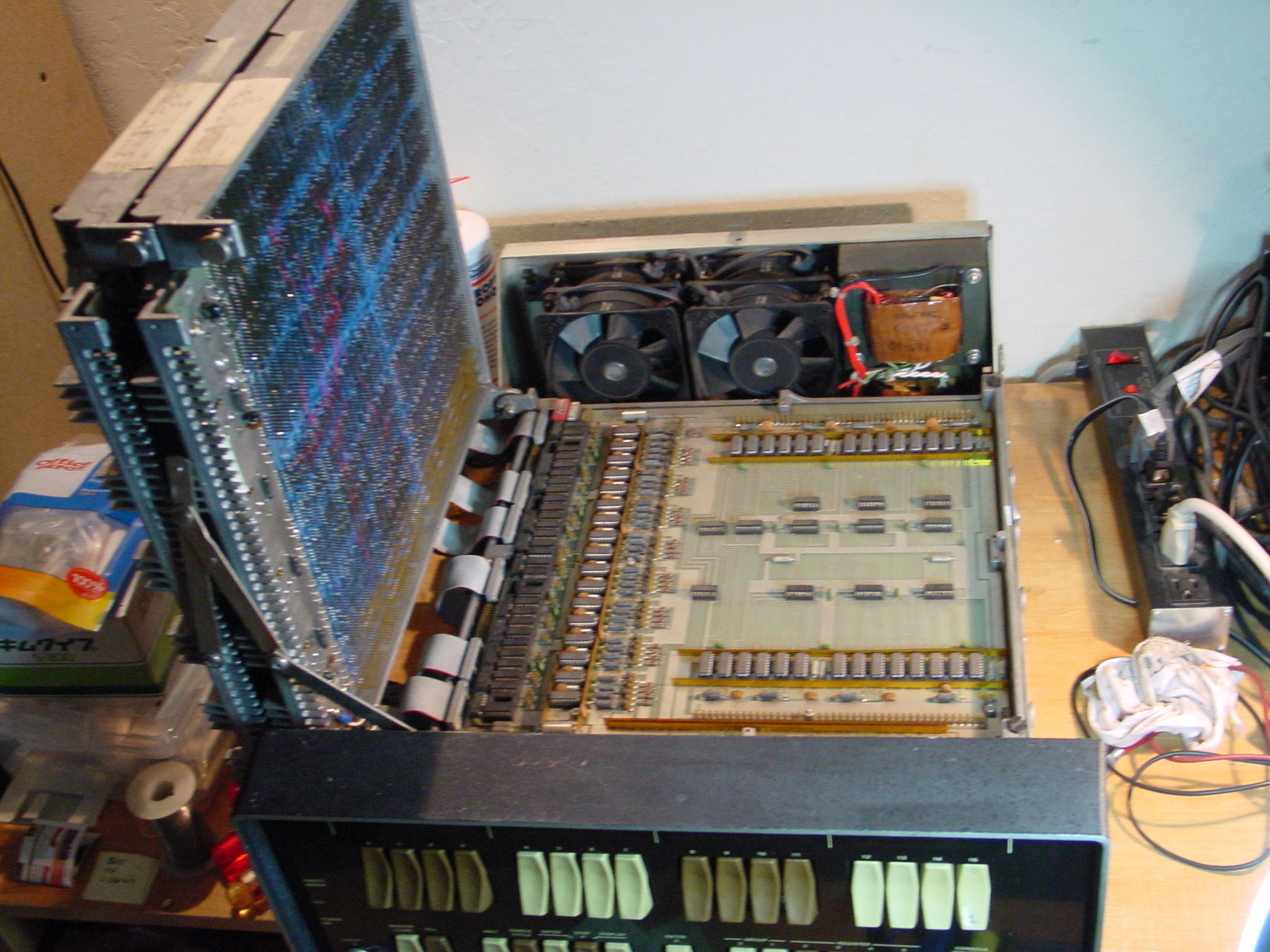 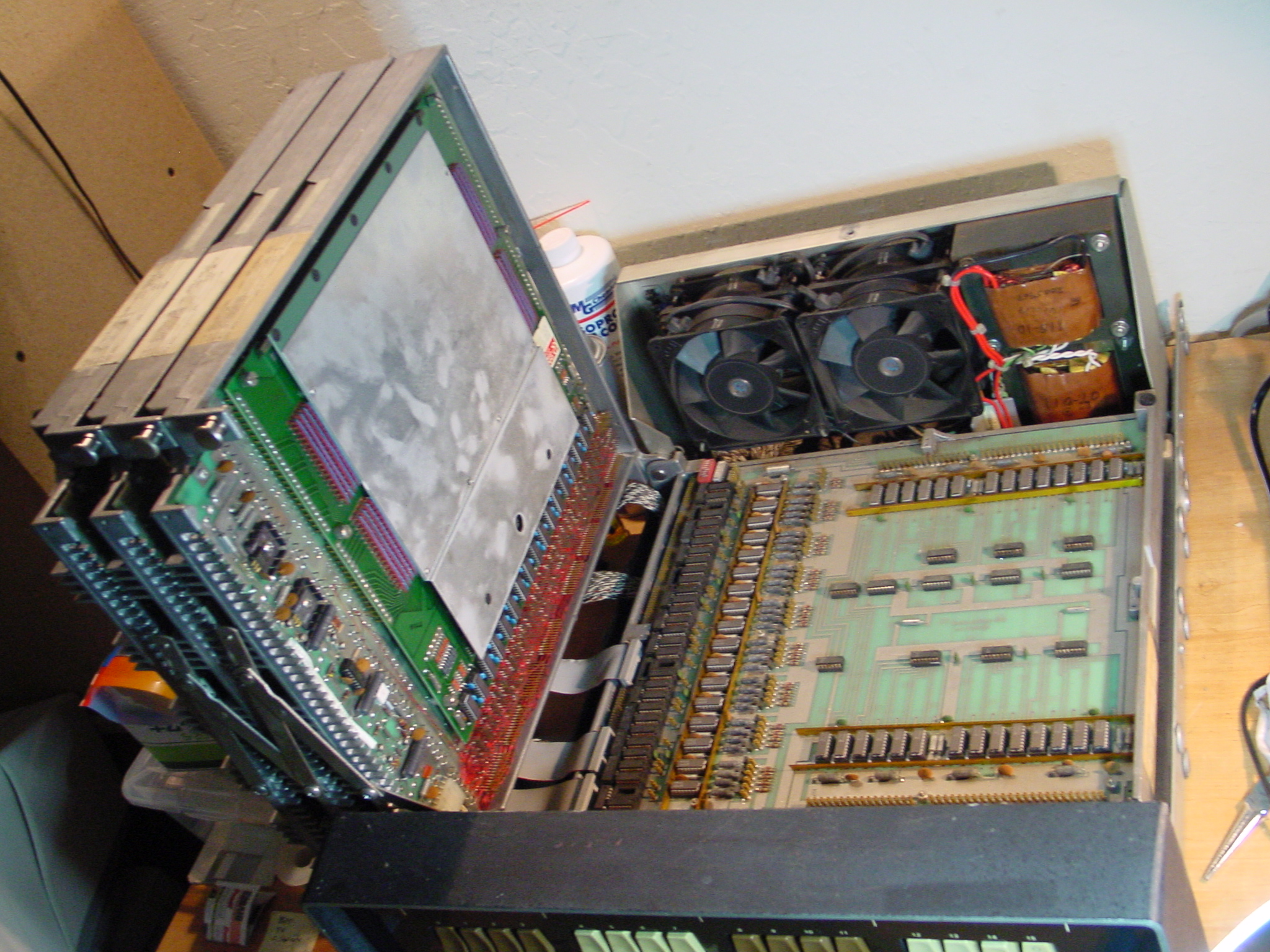 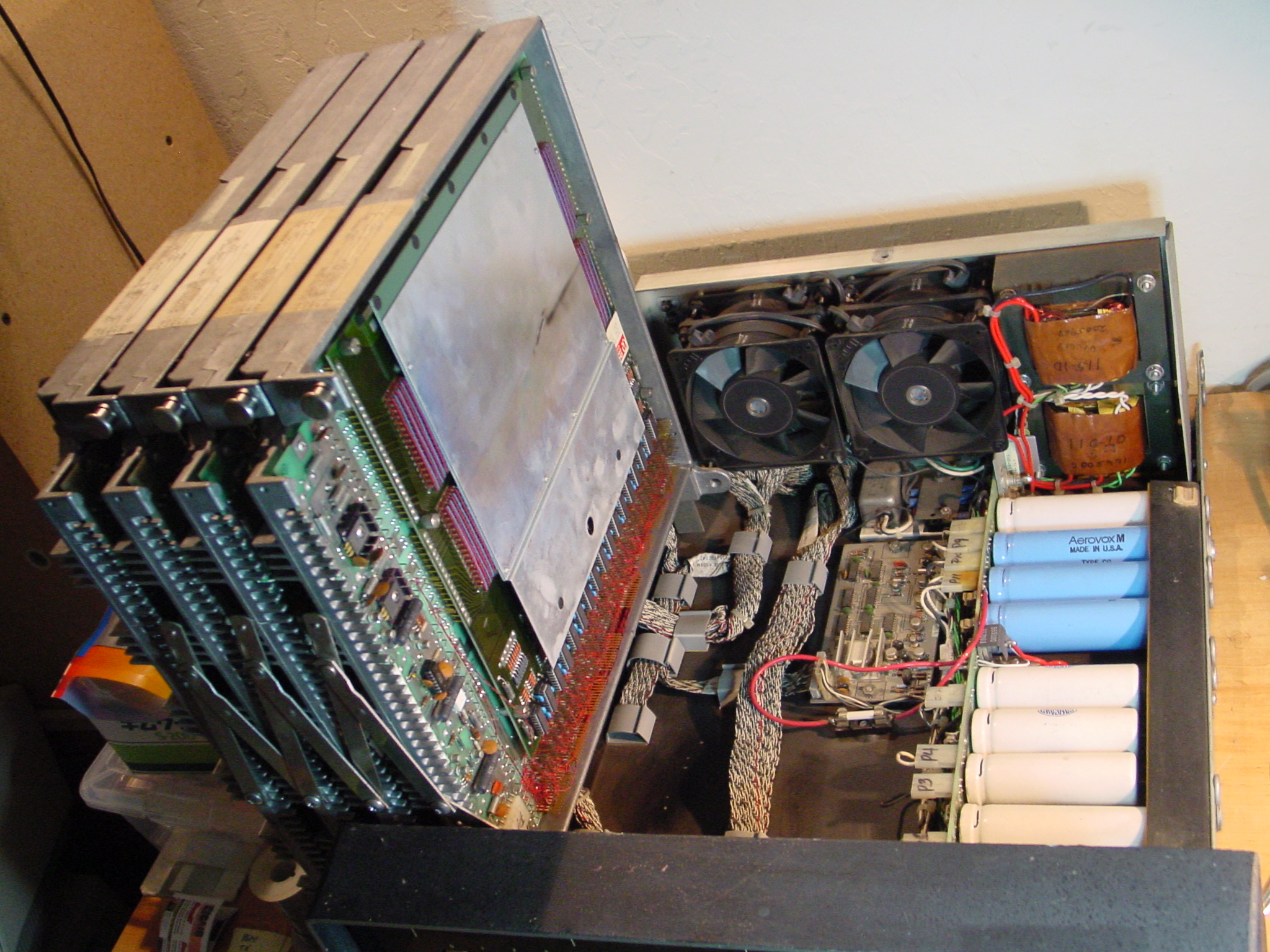 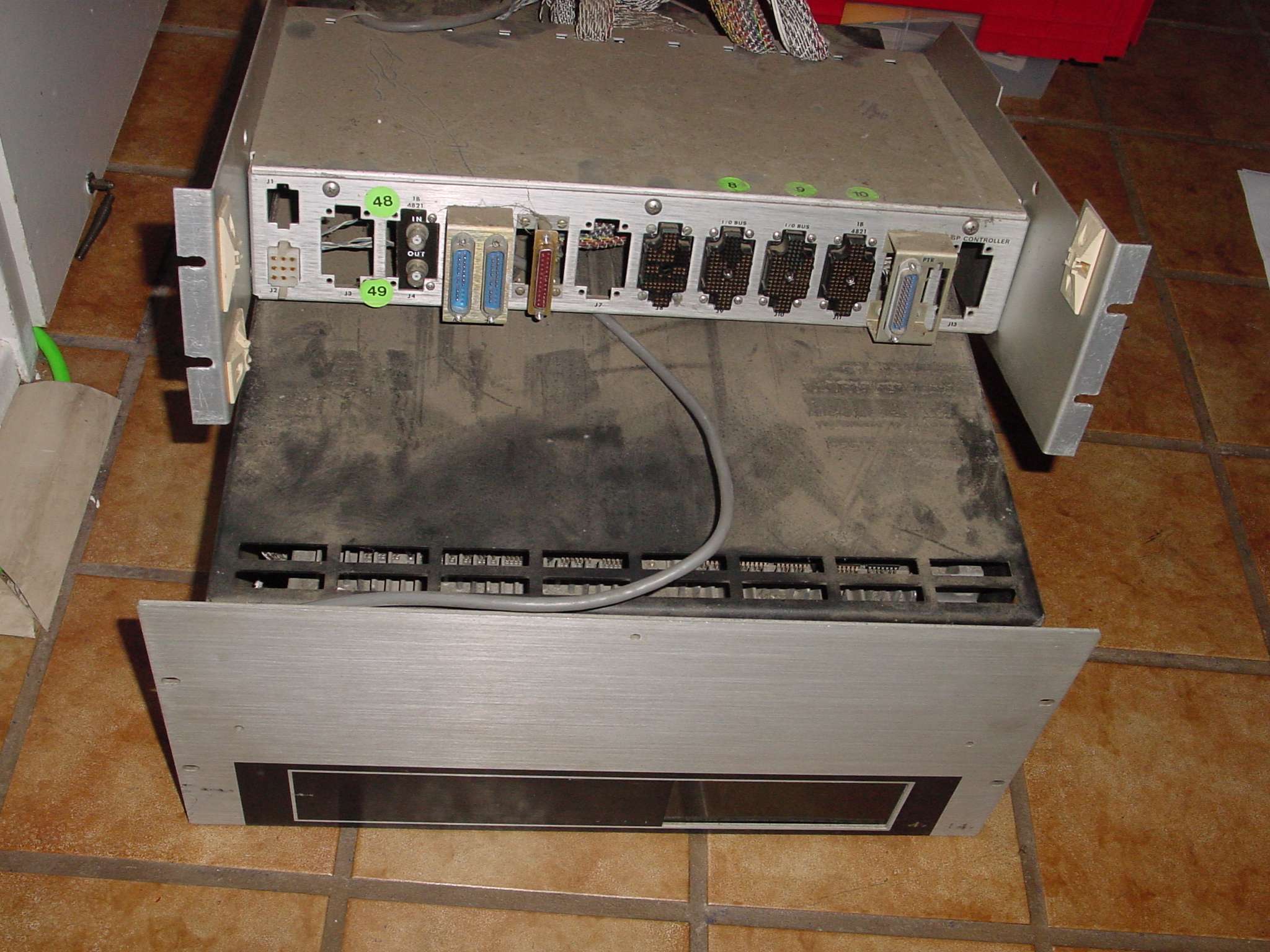